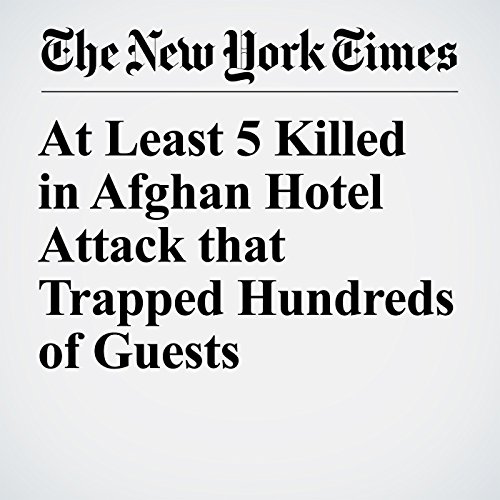 KABUL, Afghanistan — Five people were found dead in Kabul’s largest hotel Sunday morning, as authorities hunted the surviving attackers of an armed group that stormed the hotel 10 hours earlier, trapping hundreds of guests during fighting that raged all night.

"At Least 5 Killed in Afghan Hotel Attack that Trapped Hundreds of Guests" is from the January 21, 2018 World section of The New York Times. It was written by Fatima Faizi and Rod Nordland and narrated by Kristi Burns.