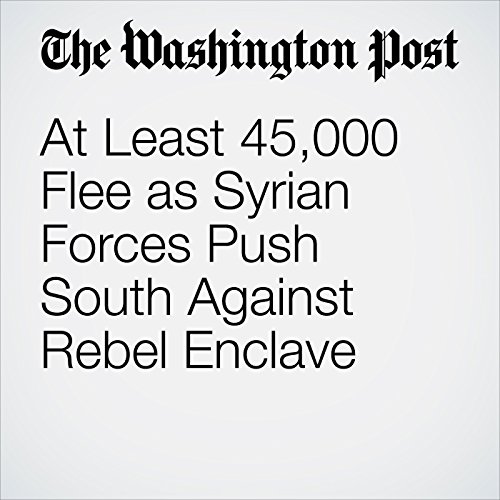 "At Least 45,000 Flee as Syrian Forces Push South Against Rebel Enclave" is from the June 26, 2018 World section of The Washington Post. It was written by Louisa Loveluck and Asma Ajroudi and narrated by Sam Scholl.