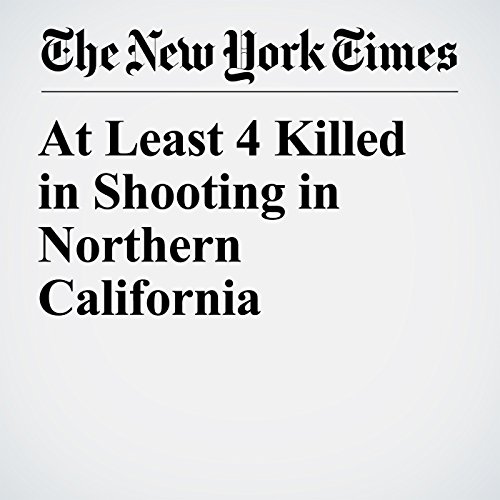 Rampaging through a small Northern California town, a gunman took aim Tuesday at people at an elementary school and several other locations, killing at least four and wounding at least 10 before he was fatally shot by police, the local sheriff’s office said.

"At Least 4 Killed in Shooting in Northern California" is from the November 14, 2017 U.S. section of The New York Times. It was written by Richard Pérez Peña and Thomas Fuller and narrated by Archie Montgomery.