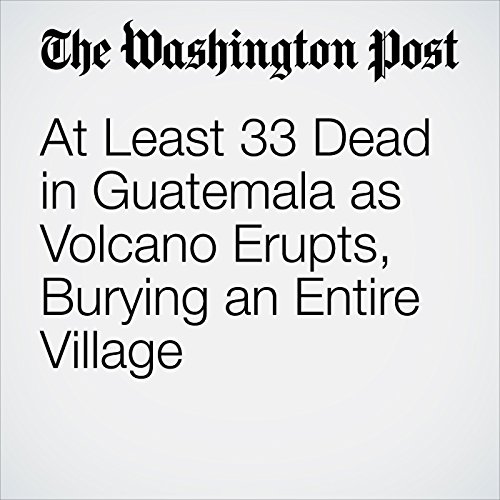 At Least 33 Dead in Guatemala as Volcano Erupts, Burying an Entire Village

At least 33 people were killed in Guatemala on Sunday when a volcano erupted with no warning, sending hot rivers of rock and gas into the surrounding villages. The official death toll is expected to rise as rescuers searched those villages on Monday. What follows is a chronological account of Volcan de Fuego’s most violent eruption in decades, which affected nearly 2 million people, based on local reports.

"At Least 33 Dead in Guatemala as Volcano Erupts, Burying an Entire Village" is from the June 04, 2018 World section of The Washington Post. It was written by Susan Hogan and Avi Selk and narrated by Sam Scholl.