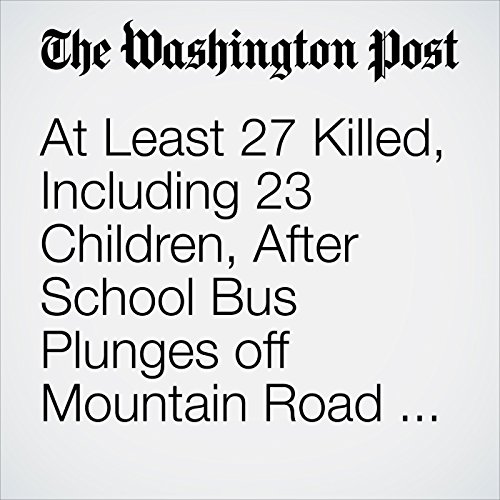 A school bus veered off a mountain road in India’s Kangra Valley on Monday, tumbling into a deep gorge in the Himalayan foothills and killing at least 27 people — including 23 children — according to local media reports.

"At Least 27 Killed, Including 23 Children, After School Bus Plunges off Mountain Road in India" is from the April 10, 2018 World section of The Washington Post. It was written by Marwa Eltagouri and Herman Wong and narrated by Sam Scholl.