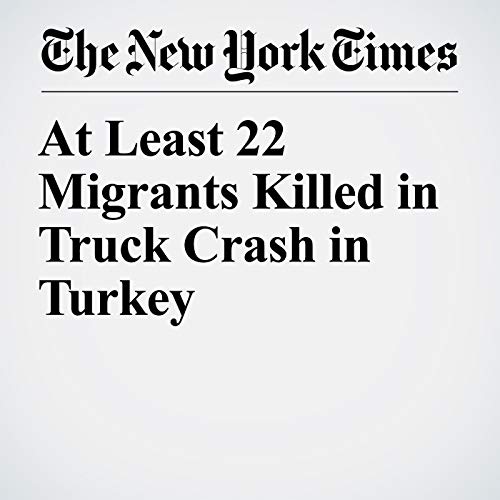 A truck carrying migrants crashed in the western province of Izmir in Turkey on Sunday, killing at least 22 people, including children, and injuring at least 13 others, the state-run news agency Anadolu reported.