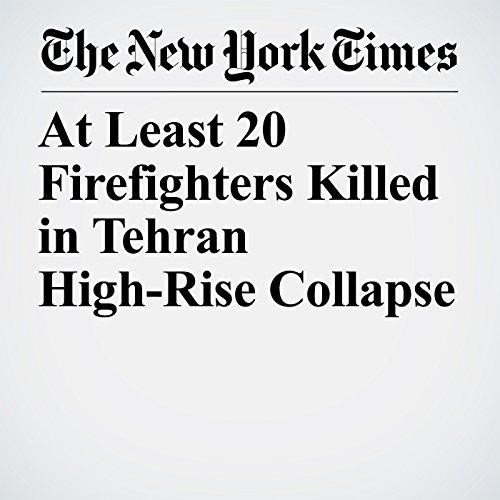 The scene unspooled as if in a disaster film: As firefighters fought to control a blaze in one of Tehran’s most prominent high-rise buildings on Thursday, the structure suddenly collapsed in a smoldering heap of wreckage reminiscent of the scene in New York on Sept. 11, 2001 — all while millions watched on Iranian state television.

"At Least 20 Firefighters Killed in Tehran High-Rise Collapse" is from the January 19, 2017 U.S. section of The New York Times. It was written by Thomas Erdbrink and Dan Bilefsky and narrated by Fleet Cooper.