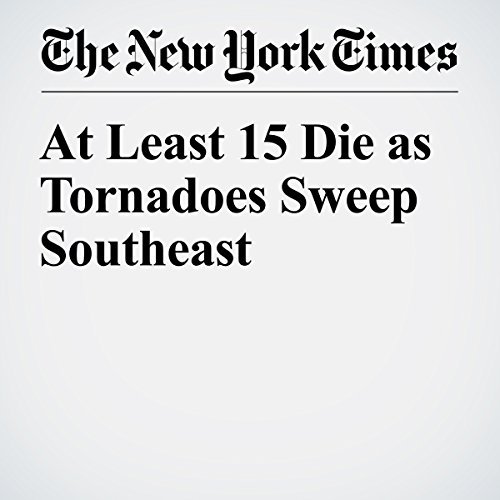 Howden said that the severe weather in Georgia continued to take a toll and that it was not expected to stop until late Sunday. On Sunday, the state’s governor, Nathan Deal, declared a state of emergency in seven counties.

"At Least 15 Die as Tornadoes Sweep Southeast" is from the January 22, 2017 U.S. section of The New York Times. It was written by Jonah Engel Bromwich and narrated by Fleet Cooper.