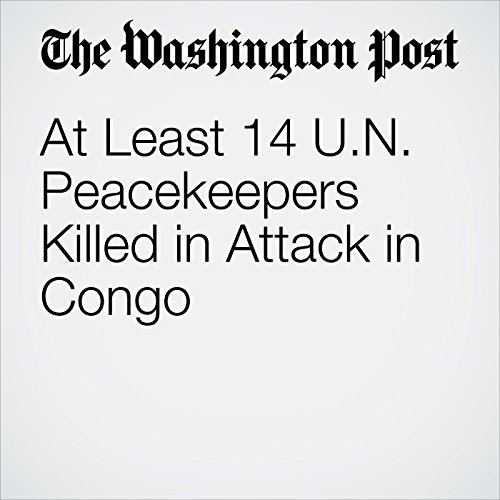 At least 14 United Nations peacekeepers were killed and dozens wounded in eastern Congo in one of the deadliest attacks on the international forces in years, U.N. officials reported Friday.

"At Least 14 U.N. Peacekeepers Killed in Attack in Congo" is from the December 08, 2017 World section of The Washington Post. It was written by Kevin Sieff and narrated by Jenny Hoops.