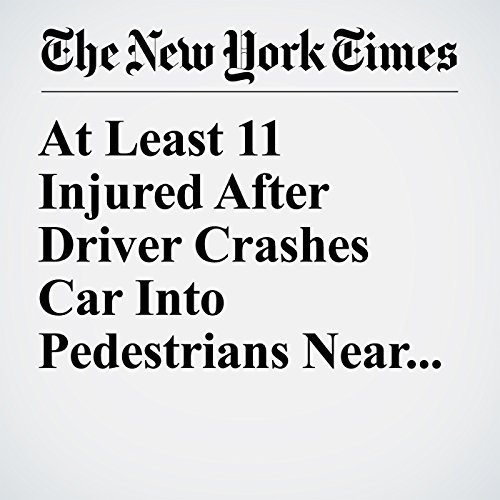 The London police arrested a man on Saturday after his car jumped the curb and crashed into several pedestrians near the Natural History Museum, injuring at least 11 people, authorities said.

"At Least 11 Injured After Driver Crashes Car Into Pedestrians Near London History Museum" is from the October 07, 2017 World section of The New York Times. It was written by Ellen Barry and Stephen Farrell and narrated by Keith Sellon-Wright.