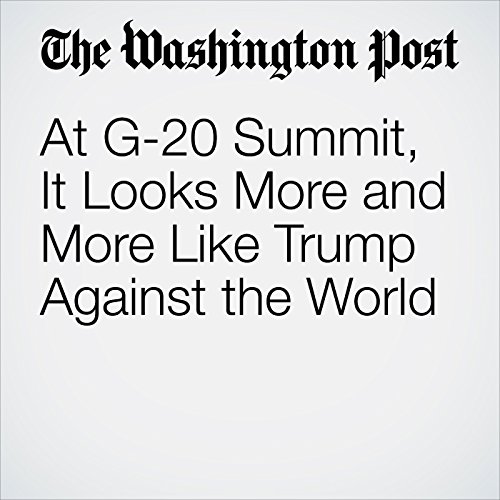 President Trump and key global leaders are on a collision course ahead of the Group of 20 summit in Germany this week, with Trump's unapologetic “America First” mantra on trade and climate change running into emboldened, and increasingly united, opposition overseas.

"At G-20 Summit, It Looks More and More Like Trump Against the World" is from the July 05, 2017 World section of The Washington Post. It was written by Damian Paletta and Ana Swanson and narrated by Sam Scholl.

Cosa pensano gli ascoltatori di At G-20 Summit, It Looks More and More Like Trump Against the World