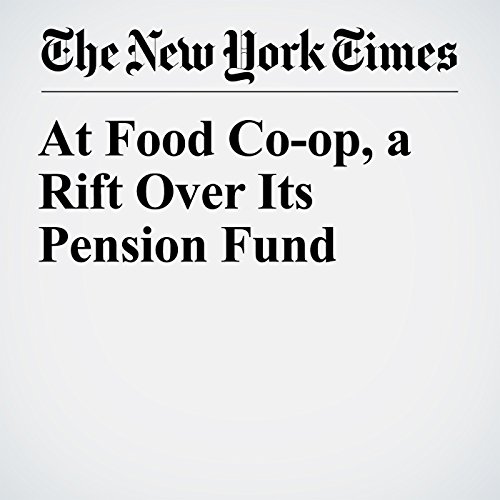 The pensions are not for co-op members; members must, in fact, work at no pay in exchange for access to the co-op’s much-publicized low prices. The pension plan is for the co-op’s roughly 90 paid employees, including about 20 retirees. It appears to have gone into hedge fund mode years ago, when one co-op member, also a hedge fund investor, made stock-picking his unpaid job.

"At Food Co-op, a Rift Over Its Pension Fund" is from the January 30, 2017 Business section of The New York Times. It was written by Mary Williams Walsh and narrated by Fleet Cooper.