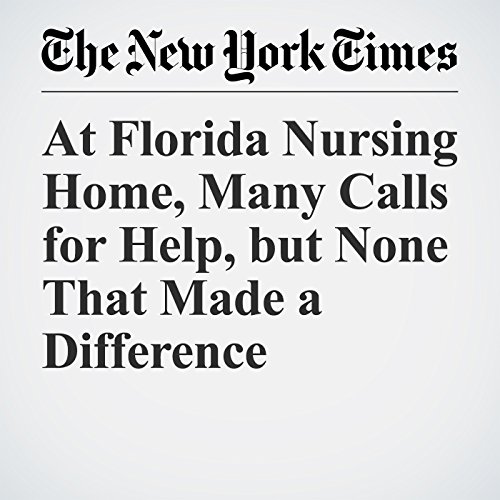 As Irma threatened and then passed, nursing home workers reassured families that their loved ones would be safe. But fans and portable coolers were not enough for some residents, with one so overcome by the heat that she lay nearly naked on a bed in the second-floor hallway. When firefighters were finally summoned to rush people out, they said the conditions reminded them of battling a fire.

"At Florida Nursing Home, Many Calls for Help, but None That Made a Difference" is from the September 23, 2017 U.S. section of The New York Times. It was written by Ellen Gabler, Sheri Fink and Vivian Yee and narrated by Barbara Benjamin-Creel.

Cosa pensano gli ascoltatori di At Florida Nursing Home, Many Calls for Help, but None That Made a Difference