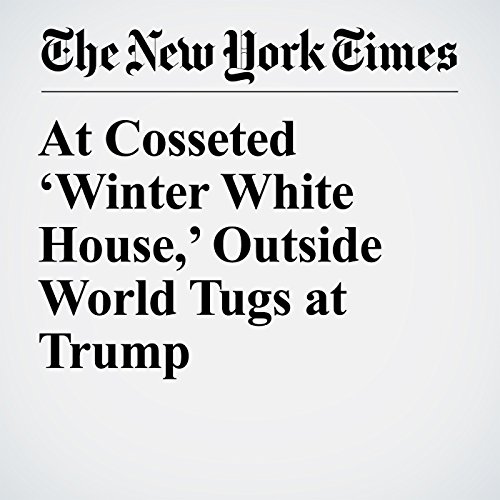 The news broke just as the fireworks began crackling over the grand estate’s manicured lawn, a festive backdrop for the guests sipping Champagne around an ornamental pool: The White House had moved to appeal a court ruling that blocked President Donald Trump’s sweeping immigration order.

"At Cosseted ‘Winter White House,’ Outside World Tugs at Trump" is from the February 05, 2017 U.S. section of The New York Times. It was written by Mark Landler and narrated by Caroline Miller.