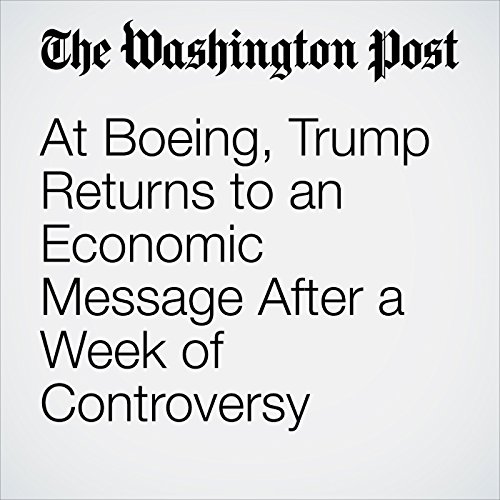 Trump's somewhat unusual appearance at the launch event for the company's highly anticipated version 10 of the Dreamliner wasn't to roll out new economic policy or even push a specific economic agenda item. Instead, it seemed that Trump was there to boost the company with a presidential endorsement for its American-made fleet, and he in turn would be the face of a major milestone for one of the country’s largest job creators.

"At Boeing, Trump Returns to an Economic Message After a Week of Controversy " is from the February 17, 2017 Politics section of The Washington Post. It was written by Abby Phillip and Max Ehrenfreund and narrated by Jill Melancon.

Cosa pensano gli ascoltatori di At Boeing, Trump Returns to an Economic Message After a Week of Controversy