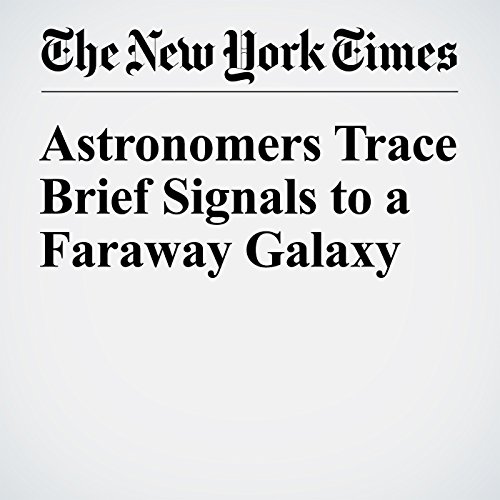 Astronomers have traced a series of brief, enigmatic bursts of radio waves to a galaxy far, far away and indeed a long time ago — some 3 billion years or so.

But as much as you might be hoping or dreading it to be true, this is probably not E.T.

"Astronomers Trace Brief Signals to a Faraway Galaxy" is from the January 04, 2017 Science section of The New York Times. It was written by Dennis Overbye and narrated by Caroline Miller.