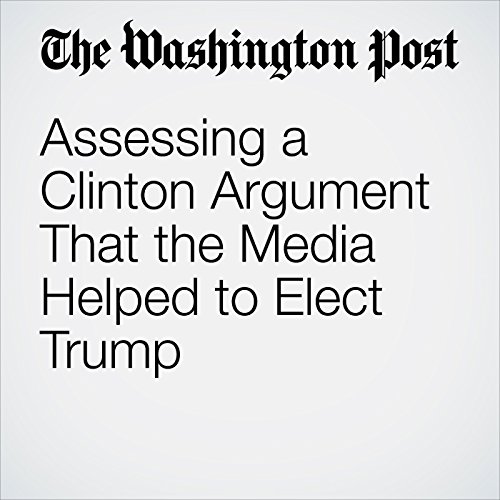 Assessing a Clinton Argument That the Media Helped to Elect Trump

A presidential election settled by 0.057 percent of the national vote in three states — as the 2016 election was — will necessarily lend itself to quite a bit of finger-pointing. Swinging 77,744 votes in Michigan, Pennsylvania and Wisconsin means changing the minds of 38,872 people, 0.01 percent of the American population. If Hillary Clinton’s campaign had changed those 40,000-odd minds, she’d be president today. But she didn’t.

"Assessing a Clinton Argument That the Media Helped to Elect Trump" is from the September 12, 2017 Politics section of The Washington Post. It was written by Philip Bump and narrated by Sam Scholl.