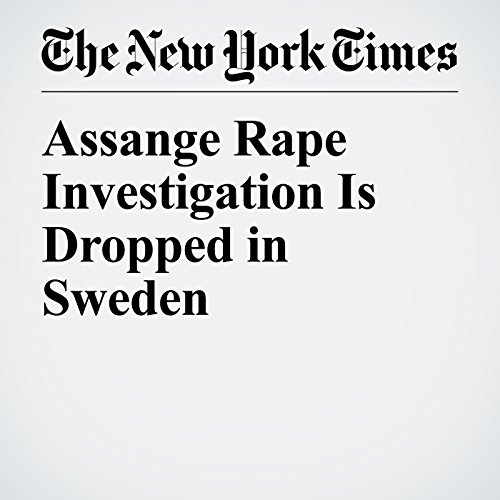 Prosecutors in Sweden said Friday that they would drop their investigation into Julian Assange, the WikiLeaks founder who sought refuge in the Ecuadorean Embassy in London five years ago after the authorities in Stockholm opened a preliminary rape inquiry against him.

"Assange Rape Investigation Is Dropped in Sweden" is from the May 19, 2017 World section of The New York Times. It was written by Christina Anderson and Dan Bilefsky and narrated by Jef Holbrook.