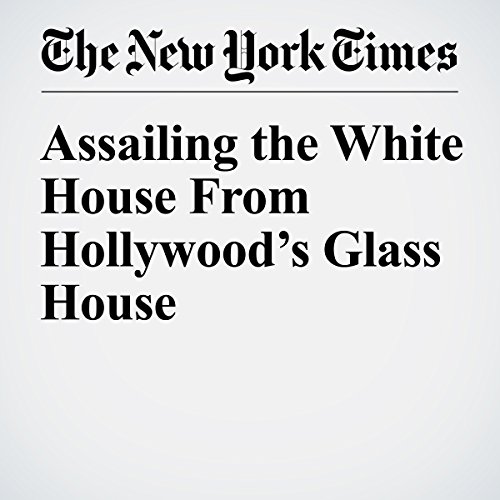 This whole awards season, the celebrity calculation has seemed to be that a moment in front of big audiences, at a time of such upheaval, should be used as an opportunity to say something big.

But you have to wonder: Who do our stars think they’re winning over with political oratory that comes amid such a bacchanalia of self-celebration and haute couture, some of it costing as much as the average American’s home down payment?

"Assailing the White House From Hollywood’s Glass House" is from the February 27, 2017 Entertainment section of The New York Times. It was written by Jim Rutenberg and narrated by Caroline Miller.