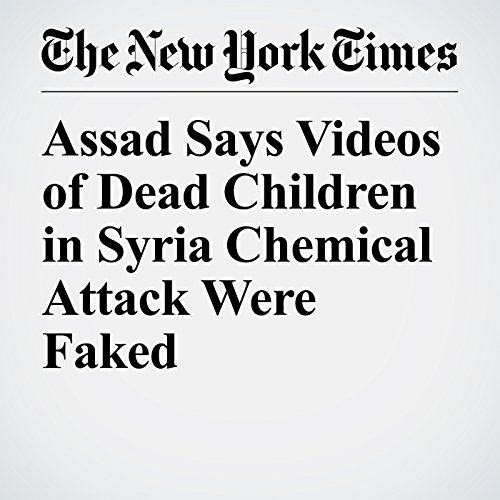 Syria’s president intensified on Thursday a propaganda counterattack against Western accusations that he had ordered a lethal chemical weapons bombing last week on civilians, asserting that videos of victims, including dead and convulsing children, had been faked.

"Assad Says Videos of Dead Children in Syria Chemical Attack Were Faked" is from the April 13, 2017 World section of The New York Times. It was written by Rick Gladstone and narrated by Keith Sellon-Wright.