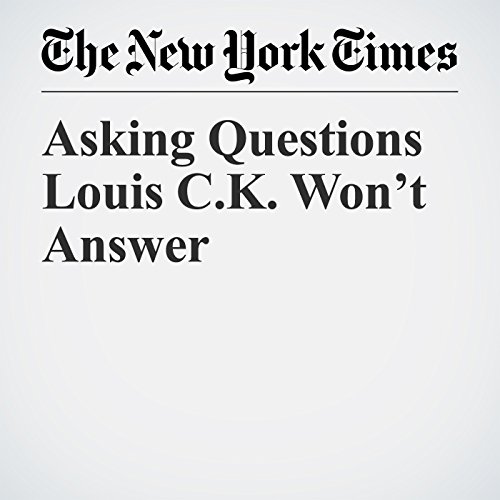 “It’s not a safe space, it’s not a triggerless place, it just isn’t,” said Louis C.K., describing — in no small understatement — his darkly funny and squirm-inducing new movie, “I Love You, Daddy,” which debuted to warm applause and some revulsion at the Toronto International Film Festival over the weekend.

"Asking Questions Louis C.K. Won’t Answer" is from the September 11, 2017 Entertainment section of The New York Times. It was written by Cara Buckley and narrated by Kristi Burns.