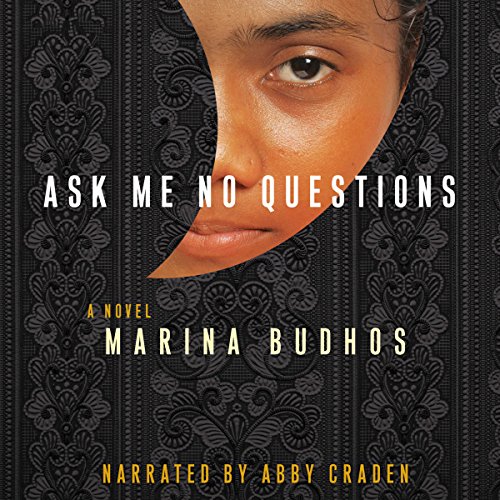 Ask Me No Questions

Since emigrating from Bangladesh, 14-year-old Nadira and her family have been living in New York City on expired visas, hoping to realize their dream of becoming legal U.S. citizens. But after 9/11, everything changes. Suddenly being Muslim means you are dangerous - a suspected terrorist.

When Nadira's father is arrested and detained at the U.S.-Canadian border, Nadira and her older sister, Aisha, are told to carry on as if everything is the same. The teachers at Flushing High don't ask any questions, but Aisha falls apart. Nothing matters to her anymore - not even college. It's up to Nadira to be the strong one and bring her family back together again.

Our country began to look harder at illegal immigrants even though many had lived here unnoticed for decades. This sudden change in policy altered the lives of this fictional family. i enjoyed the differences is the sisters and the lessons on strength through family.

The story of invisible Americans end this beautifuly