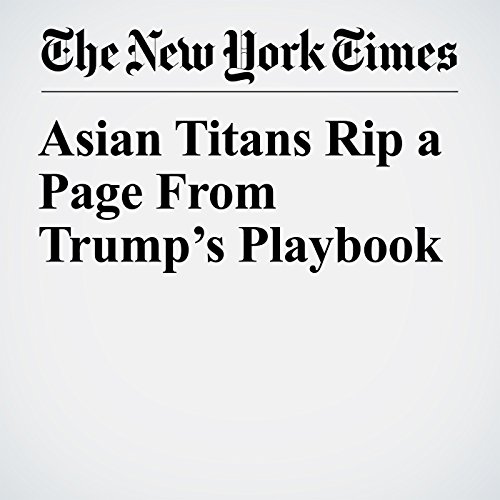 In his book on deal-making, President Donald Trump offered a key piece of advice on getting what you want: Promise big. Some of Asia’s biggest dealmakers understand that principle — and are making big promises accordingly.

"Asian Titans Rip a Page From Trump’s Playbook" is from the February 12, 2017 Business section of The New York Times. It was written by Paul Mozur and narrated by Fleet Cooper.