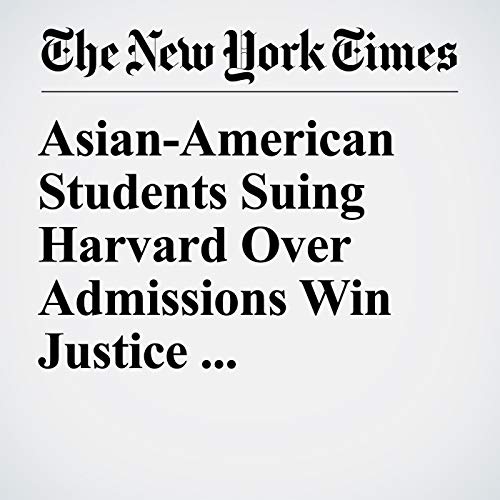 The Justice Department lent its support Thursday to students who are suing Harvard University over affirmative action policies that they claim discriminate against Asian-American applicants, in a case that could have far-reaching consequences for the use of affirmative action in college admissions.

"Asian-American Students Suing Harvard Over Admissions Win Justice Dept. Support" is from the August 30, 2018 U.S. section of The New York Times. It was written by Katie Benner and narrated by Keith Sellon-Wright.