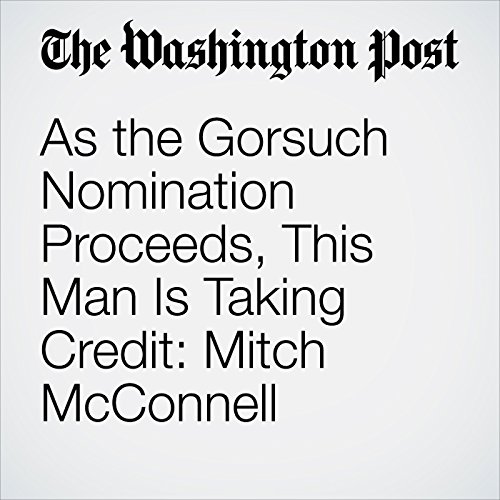 Almost exactly one year ago, Justice Antonin Scalia died on a hunting trip in a remote corner of Texas. Without consulting his colleagues, McConnell declared that no Supreme Court nominee from then-President Barack Obama would ever be considered.

"As the Gorsuch Nomination Proceeds, This Man Is Taking Credit: Mitch McConnell" is from the February 18, 2017 Politics section of The Washington Post. It was written by Paul Kane and narrated by Jill Melancon.