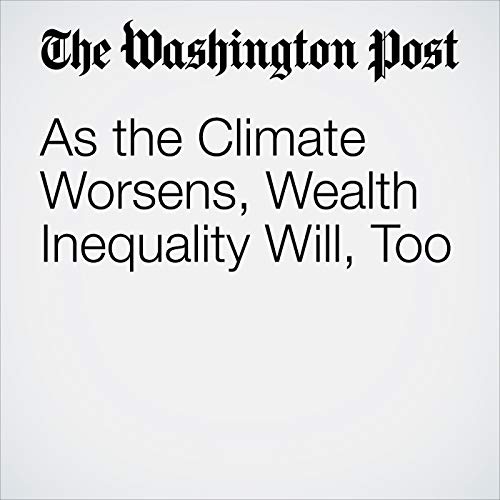 Disasters often bring out the best in Americans — cooperation, kindness and dogged perseverance supersede political and provincial ideologies. One need only look back to the warm greeting between President Barack Obama, a Democrat, and Republican New Jersey Gov. Chris Christie two days after Superstorm Sandy devastated the Garden State in 2012.

"As the Climate Worsens, Wealth Inequality Will, Too" is from the October 12, 2018 Opinion section of The Washington Post. It was written by David M. Lodge and narrated by Jenny Hoops.

Cosa pensano gli ascoltatori di As the Climate Worsens, Wealth Inequality Will, Too