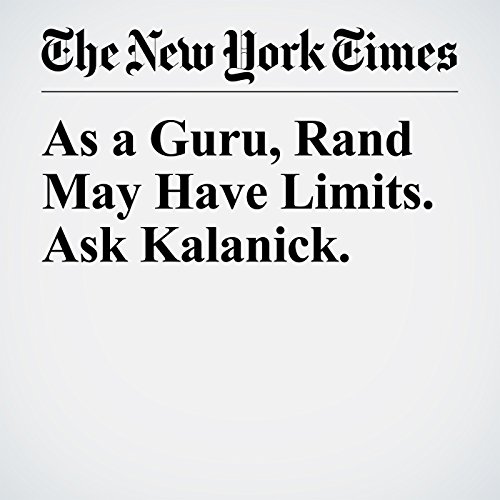 As a Guru, Rand May Have Limits. Ask Kalanick.

Few, if any, literary philosophers have had as much influence on U.S. business and politics as Ayn Rand, especially now that Donald Trump occupies the White House.

"As a Guru, Rand May Have Limits. Ask Kalanick." is from the July 13, 2017 Business section of The New York Times. It was written by James B. Stewart and narrated by Mike DelGaudio.