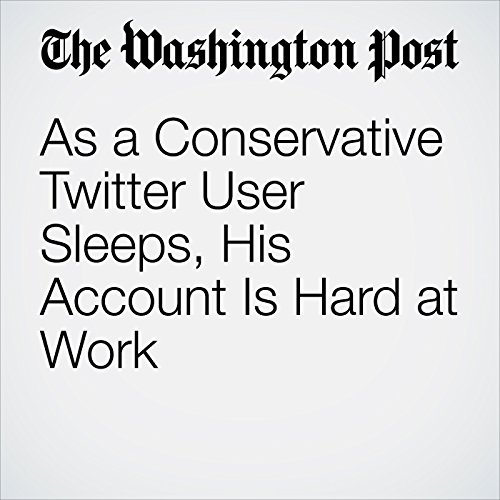 The key to this frenetic pace was technology allowing Twitter users to post automatically from queues of pre-written tweets that can be delivered at a nearly constant, round-the-clock pace that no human alone could match.

"As a Conservative Twitter User Sleeps, His Account Is Hard at Work" is from the February 05, 2017 Business section of The Washington Post. It was written by Craig Timberg and narrated by Sam Scholl.