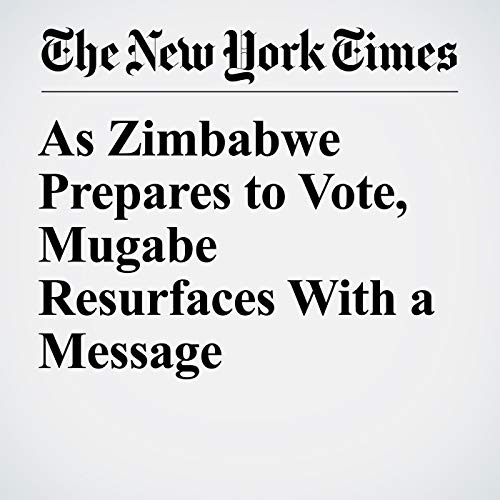 As Zimbabwe Prepares to Vote, Mugabe Resurfaces With a Message

EPWORTH, Zimbabwe — As he buttonholed voters less than two days before Zimbabwe’s general election, the opposition candidate worked the crowd alone and on foot. He bounced from voter to voter, a wide smile across his face, ready with a handshake and a joke.

"As Zimbabwe Prepares to Vote, Mugabe Resurfaces With a Message" is from the July 29, 2018 World section of The New York Times. It was written by Norimitsu Onishi and narrated by Keith Sellon-Wright.