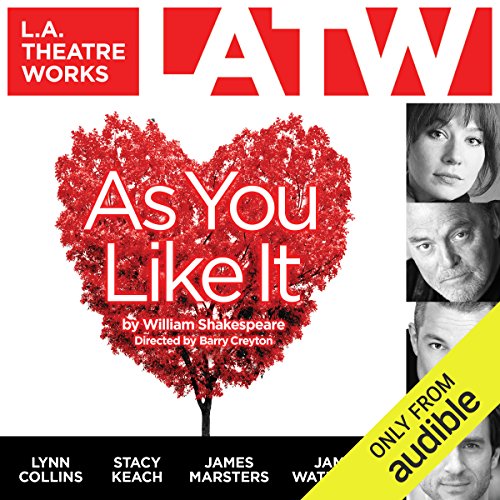 Love triumphs in As You Like It, Shakespeare's joyous comic adventure! Rosalind, arguably Shakespeare's greatest female character, is banished from court and follows her exiled father into the untamed Forest of Arden. Disguised as a man for safety, Rosalind's great wit and good nature show through her male trappings as she engages with fools and philosophers adrift in the woods, and ultimately falls in love.

Directed by Barry Creyton. Recorded in Los Angeles before a live audience at The James Bridges Theater, UCLA in April of 2016.

Cosa pensano gli ascoltatori di As You Like It

This is not my favorite of Shakespeare's plays, but it is great fun to listen to. It's quick and upbeat and well-spoken. I really like it.

I feel the reenactment is overly dramatic and it takes away from my enjoyment of the story.