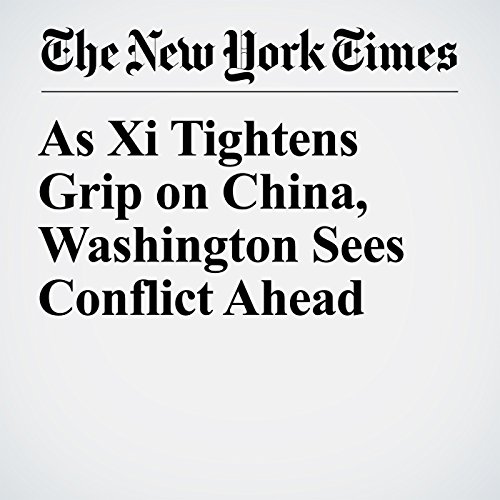 As Xi Tightens Grip on China, Washington Sees Conflict Ahead

A few weeks after Steve Bannon left the White House in August, he was invited to a dinner at the Council on Foreign Relations to discuss U.S. policy toward China. With his unbridled China bashing and dark talk of a looming conflict in the Pacific, Bannon expected to be roughed up by the group, which included China scholars, writers and veterans from past Republican and Democratic administrations.

"As Xi Tightens Grip on China, Washington Sees Conflict Ahead" is from the February 27, 2018 World section of The New York Times. It was written by Mark Landler and narrated by Keith Sellon-Wright.