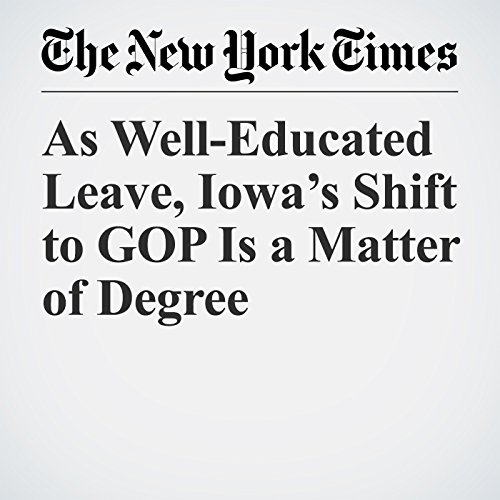 Iowa’s dramatic change has been both abrupt and a long time in coming. In 2008, the state propelled Obama to the White House. A year later, it was the first in the Midwest to legalize same-sex marriage. But in November, Trump won Iowa by a larger margin than he won Texas. And now Republicans control the governor’s office, the Legislature, both Senate seats and three of four in the House.

"As Well-Educated Leave, Iowa’s Shift to GOP Is a Matter of Degree" is from the October 14, 2017 Politics section of The New York Times. It was written by Michael Tackett and narrated by Kristi Burns.