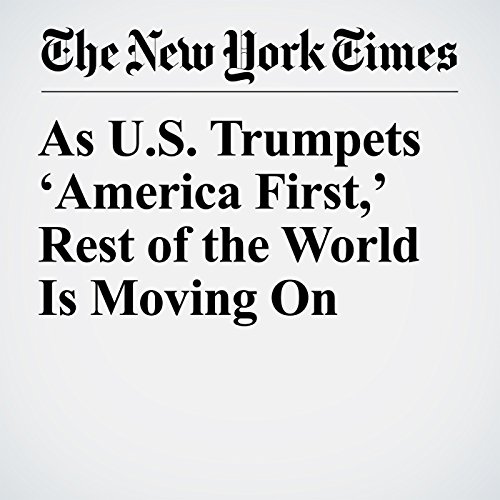 President Donald Trump is arriving at the World Economic Forum in Davos, Switzerland, to explain his “America First” approach at a moment when the world is moving ahead with a trade agenda that no longer revolves around the United States.

"As U.S. Trumpets ‘America First,’ Rest of the World Is Moving On" is from the January 24, 2018 Business section of The New York Times. It was written by Ana Swanson and Jim Tankersley and narrated by Keith Sellon-Wright.