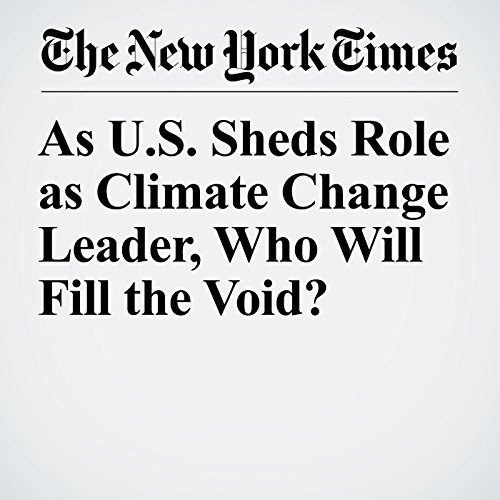 Chancellor Angela Merkel of Germany and President Emmanuel Macron of France have vowed that the Paris agreement will flourish without the United States. President Xi Jinping of China and Canadian Prime Minister Justin Trudeau are promoting their countries as climate change champions. U.N. Secretary-General António Guterres has pulled nations together to demand deeper emissions cuts. And U.S. governors, mayors and business leaders have forged their own coalition, even taking over the U.S. pavilion at U.N. climate talks in Bonn, Germany, this week.

"As U.S. Sheds Role as Climate Change Leader, Who Will Fill the Void?" is from the November 12, 2017 World section of The New York Times. It was written by Lisa Friedman and narrated by Kristi Burns.