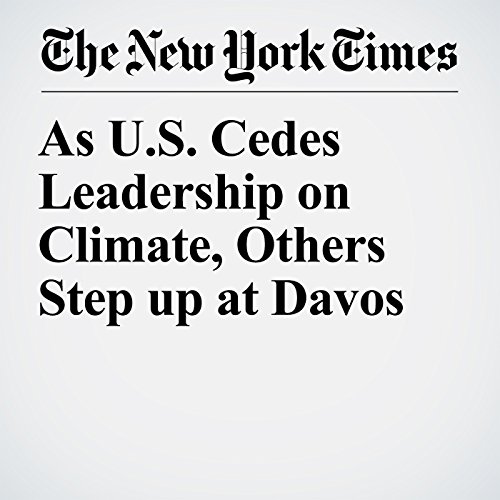 When the chief executive of Saudi Arabia’s national oil and gas company mapped out a glowing future for fossil fuels in Davos this past week, dissent came from an unexpected corner of the room.“We have to make a big push in renewables investment,” urged Qiao Baoping, chairman of the energy giant China Guodian. “We have commitments under the Paris accord which we cannot fail to fulfill,” he said, referring to the climate deal passed in 2015.

"As U.S. Cedes Leadership on Climate, Others Step up at Davos" is from the January 21, 2017 U.S. section of The New York Times. It was written by Hiroko Tabuchi and narrated by Barbara Benjamin-Creel.

Cosa pensano gli ascoltatori di As U.S. Cedes Leadership on Climate, Others Step up at Davos