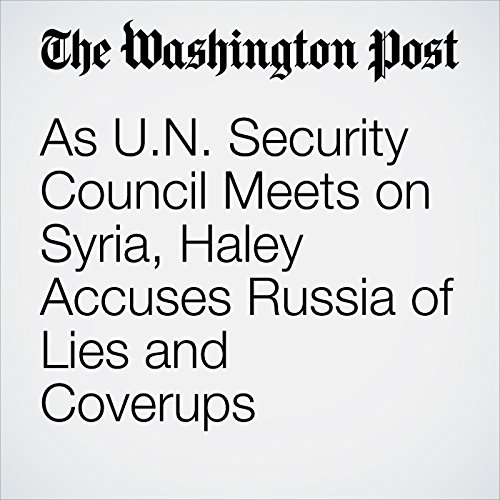 The United Nations Security Council met Friday as some members attempted to ward off military strikes in Syria by the United States and its allies, amid warnings that the situation could spiral out of control into a larger regional and global confrontation.

"As U.N. Security Council Meets on Syria, Haley Accuses Russia of Lies and Coverups" is from the January 00, 1900 National section of The Washington Post. It was written by Carol Morello and Anton Troianovski and narrated by Jenny Hoops.