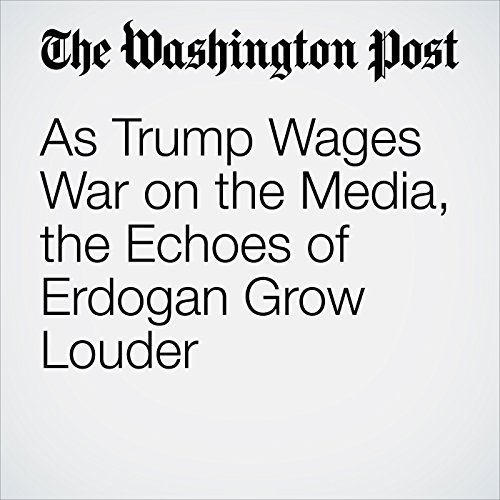 There is a surreal goofiness to President Trump’s relentless war on America’s mainstream media. The disgruntled president responds to negative covfefe with cheesy hashtags and nicknames for his perceived adversaries: There’s “psycho” Joe Scarborough and “low I.Q. crazy” Mika Brzezinski of MSNBC, the “failing” New York Times and The Washington Post (for the record, we’re both doing pretty well in the age of Trump), and Trump’s favorite target, “fake” or “fraud” CNN.

"As Trump Wages War on the Media, the Echoes of Erdogan Grow Louder" is from the July 03, 2017 National section of The Washington Post. It was written by Ishaan Tharoor and narrated by Barbara Benjamin-Creel.