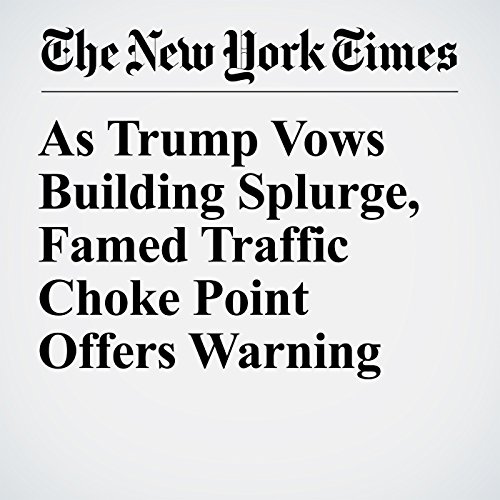 Millions of people who travel between the mid-Atlantic and the Midwest each year fight through Breezewood, Pennsylvania, a strange gap in the interstate system. A leg of Interstate-70 brings drivers north from Washington and Baltimore to plug into the Pennsylvania Turnpike and the great road network that runs west to the heartland cities of Pittsburgh, Cleveland and Chicago.

"As Trump Vows Building Splurge, Famed Traffic Choke Point Offers Warning" is from the February 06, 2017 U.S. section of The New York Times. It was written by Charlie Savage and narrated by Fleet Cooper.