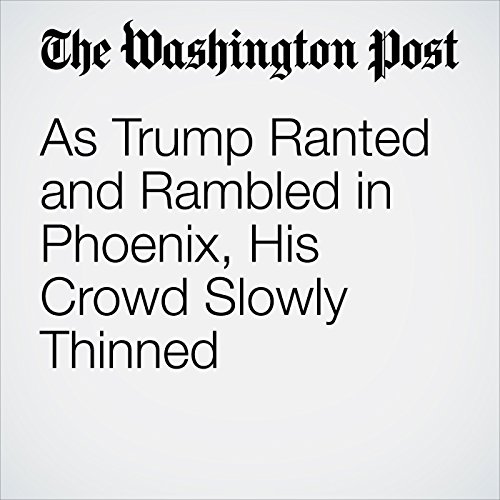 Just before President Trump strolled onto the rally stage on Tuesday evening, four speakers took turns carefully denouncing hate, calling for unity and ever so subtly assuring the audience that the president is not racist.

"As Trump Ranted and Rambled in Phoenix, His Crowd Slowly Thinned" is from the August 23, 2017 Post Politics section of The Washington Post. It was written by Jenna Johnson and narrated by Sam Scholl.