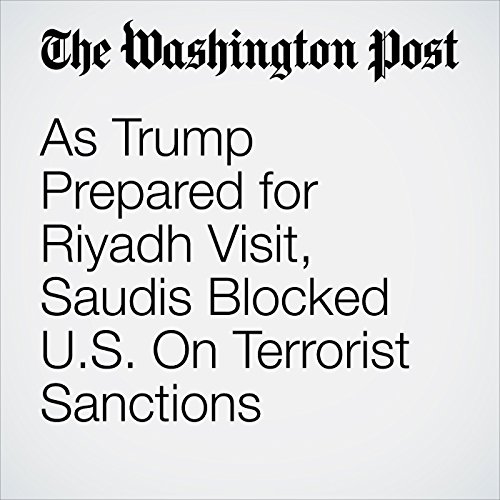 Saudi Arabia, the oil-rich kingdom touted by President Trump as a key ally in the fight against the Islamic State, has helped block a Trump administration proposal to impose sanctions against a Saudi branch of the terrorist group, documents show.

"As Trump Prepared for Riyadh Visit, Saudis Blocked U.S. On Terrorist Sanctions" is from the May 20, 2017 National Security section of The Washington Post. It was written by Joby Warrick and narrated by Sam Scholl.