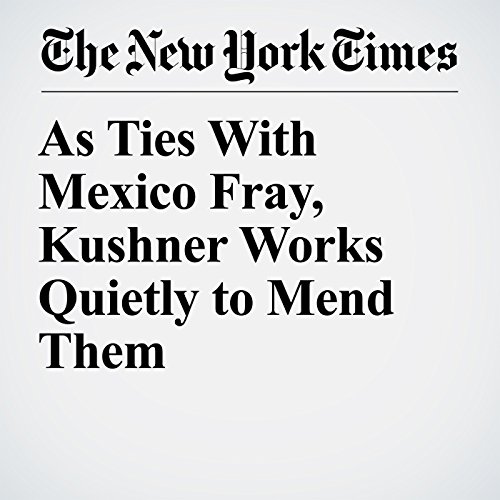 When President Donald Trump complained that the $1.3 trillion spending bill he grudgingly signed Friday did not pay for his border wall, he kept alive an issue that has poisoned relations between the United States and Mexico from the day he took office.

"As Ties With Mexico Fray, Kushner Works Quietly to Mend Them" is from the March 24, 2018 U.S. section of The New York Times. It was written by Mark Landler and narrated by Barbara Benjamin-Creel.