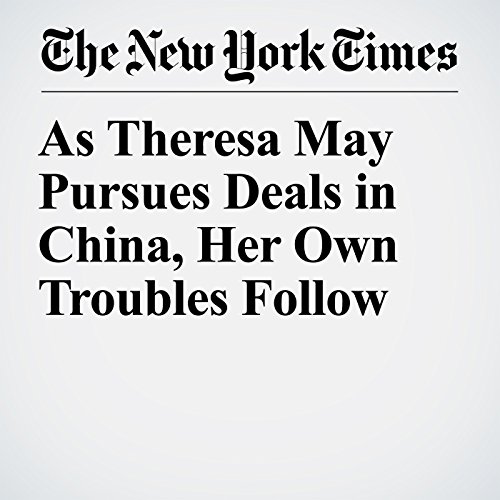 Theresa May on Wednesday joined a succession of British prime ministers who have turned to China for trade, investment and a shot of confidence, while offering Britain as a reliable, competitive base in Europe.

"As Theresa May Pursues Deals in China, Her Own Troubles Follow" is from the January 31, 2018 World section of The New York Times. It was written by Chris Buckley and Stephen Castle and narrated by Keith Sellon-Wright.

Cosa pensano gli ascoltatori di As Theresa May Pursues Deals in China, Her Own Troubles Follow