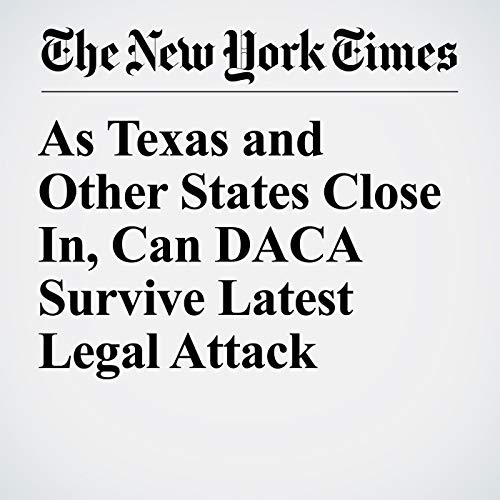 A federal judge in Texas heard arguments Wednesday in a bid by Texas and eight other states to end the Deferred Action for Childhood Arrivals program which they say went beyond President Barack Obama’s authority and imposed a heavy financial burden on states saddled with the costs of illegal immigration.

"As Texas and Other States Close In, Can DACA Survive Latest Legal Attack" is from the August 09, 2018 US section of The New York Times. It was written by Vivian Yee and narrated by Keith Sellon-Wright.