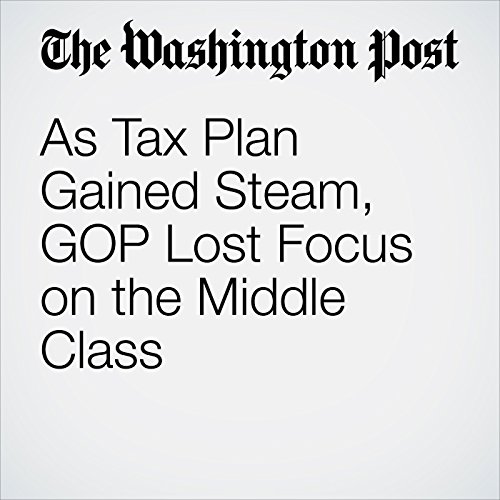 The GOP tax plan on the cusp of becoming law diverges wildly from the promises President Trump and top advisers said they would deliver for the middle class — an evolution that shows how traditional Republican orthodoxy swamped Trump’s distinctive brand of economic populism as it moved through Washington.

"As Tax Plan Gained Steam, GOP Lost Focus on the Middle Class" is from the December 09, 2017 Business section of The Washington Post. It was written by Damian Paletta and narrated by Sam Scholl.