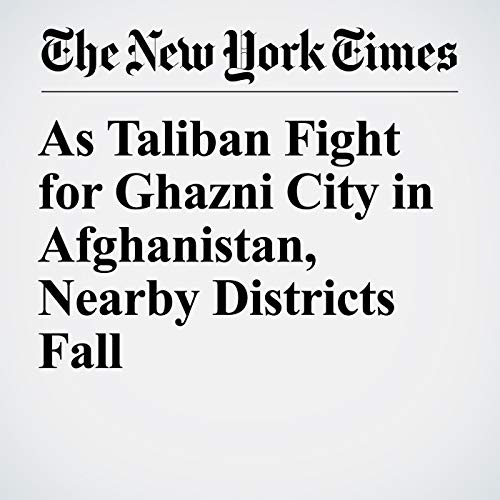 KABUL, Afghanistan — Taliban insurgents in Afghanistan have taken over most of the rural areas in Ghazni province, even as they continue to battle the government for control of the provincial capital, according to local officials and residents.

"As Taliban Fight for Ghazni City in Afghanistan, Nearby Districts Fall" is from the August 13, 2018 World section of The New York Times. It was written by Rod Nordland and Jawad Sukhanyar and narrated by Kristi Burns.