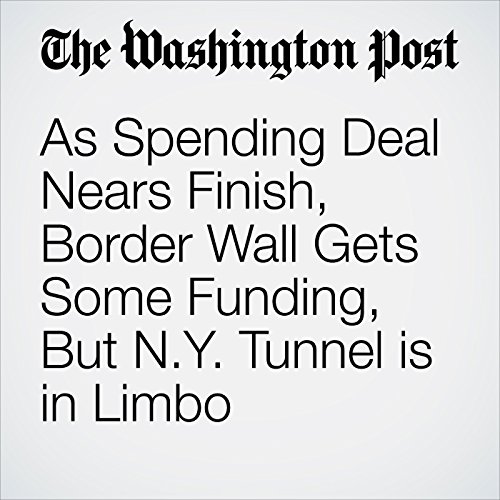 Negotiators closed in on a $1.3 trillion spending deal early Wednesday that includes some obstacles to President Trump’s immigration agenda but leaves a major New York area infrastructure project he fiercely opposes in limbo, according to three officials familiar with its outlines.

"As Spending Deal Nears Finish, Border Wall Gets Some Funding, But N.Y. Tunnel is in Limbo" is from the March 21, 2018 Politics section of The Washington Post. It was written by Mike DeBonis, Robert Costa, Erica Werner and narrated by Sam Scholl.