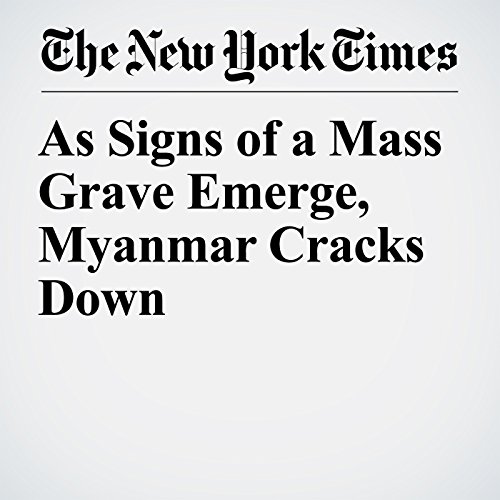 Two journalists arrested last week in Myanmar had obtained photographs from residents of a village in which, the country’s army chief has said, a mass grave was found. The area is in northern Rakhine state, where a military campaign against Rohingya Muslims has raged for more than three months.

"As Signs of a Mass Grave Emerge, Myanmar Cracks Down" is from the December 19, 2017 World section of The New York Times. It was written by Hannah Beech and Saw Nang and narrated by Archie Montgomery.