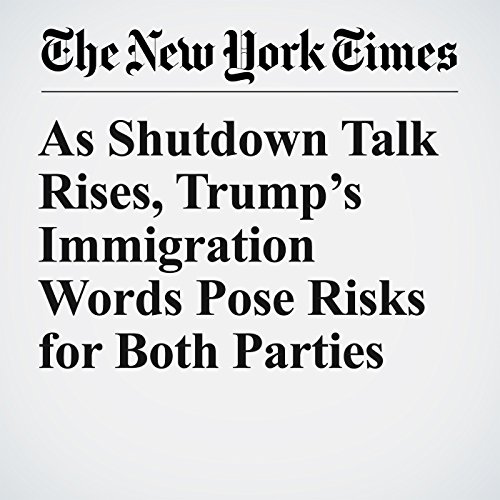 President Donald Trump’s incendiary words about immigration have dampened the prospects that a broad spending and immigration deal can be reached by the end of the week, raising the possibility of a government shutdown with unknown political consequences for lawmakers in both parties.

"As Shutdown Talk Rises, Trump’s Immigration Words Pose Risks for Both Parties" is from the January 15, 2018 U.S. section of The New York Times. It was written by Jonathan Martin, Michael D. Shear and Sheryl Gay Stolberg and narrated by Keith Sellon-Wright.