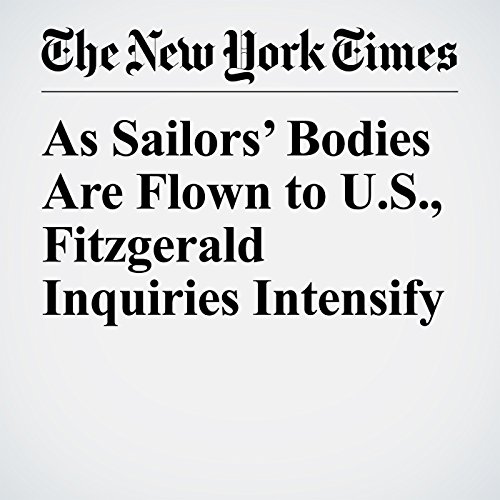 As the bodies of the seven sailors who died aboard the U.S. destroyer Fitzgerald last weekend were flown back to the United States from Japan Tuesday, multiple investigations of the fatal collision with a container ship began in earnest.

"As Sailors’ Bodies Are Flown to U.S., Fitzgerald Inquiries Intensify" is from the June 20, 2017 World section of The New York Times. It was written by Motoko Rich and narrated by Kristi Burns.