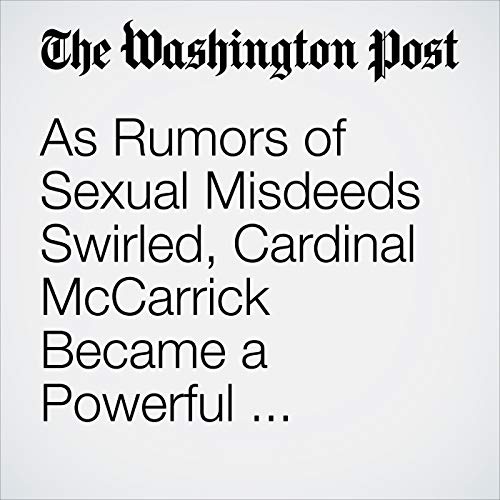 When Theodore McCarrick arrived in D.C. in 2001 to be the region’s Catholic archbishop, it was clear right away that he was something very rare: a celebrity priest.

"As Rumors of Sexual Misdeeds Swirled, Cardinal McCarrick Became a Powerful Fundraiser for the Vatican" is from the July 31, 2018 National section of The Washington Post. It was written by Michelle Boorstein and narrated by Sam Scholl.